Winning back the hearts and minds of society through “Artivism” 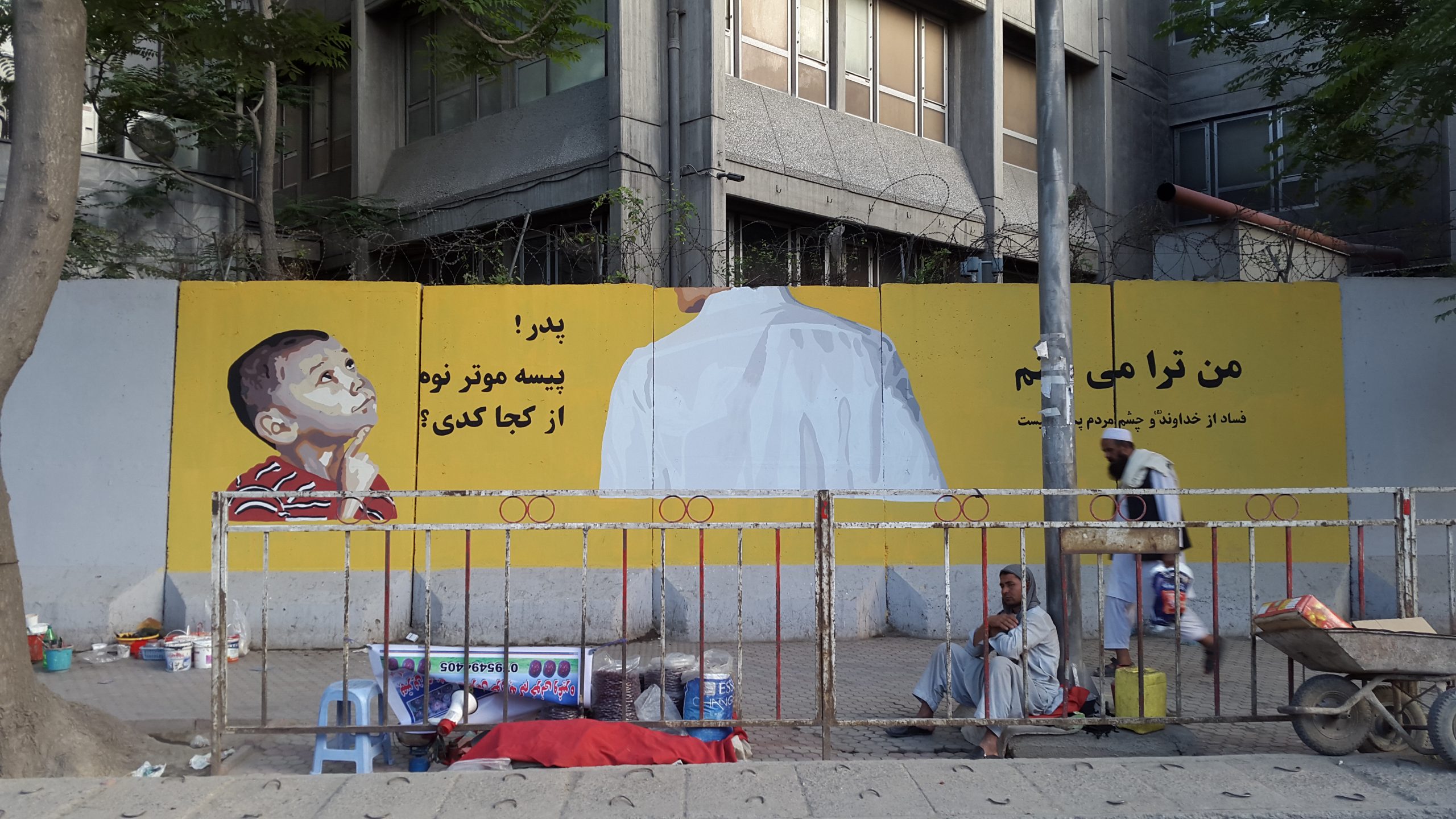 Winning back the hearts and minds of society through “Artivism”

I was a ten-year-old in school with my younger brother when my father came to the classroom and collected us, in a panic. The fighting had started in Afghanistan. When we reached home, I was so scared from the sounds of explosions, fighter jets and machine-guns that I pulled the blanket over me in an attempt to go to sleep and ignore the reality of the horror overwhelming my small, fragile world. Later I painted a mural of the haunting memories of that day.

Art can be used for self-expression, but also as a tool to advocate for human rights as many in my country strongly believe. Before my friend, fellow activist Omaid Sharifi and I co-founded ArtLords, an award-winning grassroots movement using art for social change, and one of the incubator partner organisations of the Innovation for Change (I4C) South Asia Hub, I was a media company director and Omaid had set up a civil society organisation (CSO). In Afghanistan, there’s “druglords” and “warlords”. Through ArtLords, we wanted to reclaim the term “lords”. Kabul is littered with thick concrete walls to protect civilians from suicide bombers, car bombs, and other extremist attacks. We’ve sadly become used to a lot of our close family and friends being murdered, including Omaid’s sister-in-law Natasha who worked for the country’s human rights commission, in July this year, and earlier one of our first volunteers, Rawail Singh. The t-shaped slabs on building walls offer protection, but also serve as a brutal reminder of the political unrest and dangerous conditions Afghans have suffered for over four decades. We saw potential for beauty in the blank concrete. Over the past six years, ArtLords have created vibrant murals to remind the city of its humanity rather than its insecurity. We’ve produced murals on the peace process in Afghanistan, George Floyd, COVID-19, and even used our own blood in a painting of Farkhunda Malikzada, a local woman lynched to death by an angry mob in Kabul in 2015. 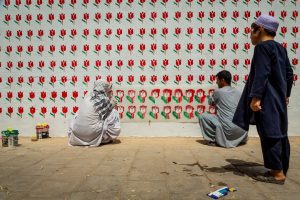 “Artivism” bridges art and activism; we’re artists and activists equally. Through it, we want to show solidarity with social movements at home and abroad and start a discourse about freedom of expression. Civil society should connect the “ordinary people” and governments, so we also work with members of the public, teaching them how to paint, showing them that by holding a brush they can make a statement about corruption and other issues impacting civic space in Afghanistan and beyond. As Omaid told a recent virtual discussion when he represented South Asia during International Civil Society Week (ICSW) 2021 on the significance of positive narratives in restricted spaces or areas of conflict or war, “With art, you’re healing yourself and you’re healing the people who engage with you. Together you can reintroduce positive narratives, or change the narratives.”

Ripples of inspiration to share art to overcome restrictions 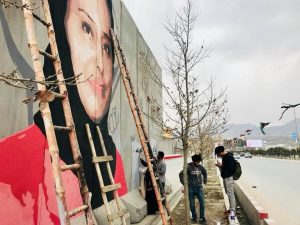 For some Artivists, it was their first time leaving their town, let alone their country. Colorful works depicting a social impact problem with a solution hung proudly on display in the city’s streets, songs were composed and belted out during an open mic night, and digital campaigns were created through music during the three-day event to equip activists with new art-driven skills to express themselves through graffiti, music and street theatre. Indian hip hop artist Sofia Ashraf, whose videos on YouTube have garnered millions of views, led an energetic session demonstrating how rapping can motivate action. Topics tackled during the event include sex education and gender exclusion.

The lab had a ripple effect in South Asia, with three young Artivists from Bhutan, one of the most isolated societies in the region, later joining forces with other artists, activists, musicians, and dancers in the country in a street festival in Thimphu to promote youth inclusion, freedom of expression, peace, and creativity. They and other artists now have a safe network to discuss and put into place strategies to overcome restrictions while taking inspiration from each other.

The powerful work of CSOs, HRDs, and artists, plus social entrepreneurs across the region is now being showcased further through a seasonal magazine produced and distributed by ArtLords as part of the See Me campaign, launched in June 2020. It will connect local civil society storytellers with artivists to creatively share their work in South Asia, amplifying their voices. It’s important to highlight the work of CSOs on the ground in the region and the value that they bring to people’s daily lives, but to also connect with others beyond these groups. HRDs and activists are behind so many of society’s changes but they are the ones in danger as they’re challenging the status quo.

See Me is very important for my country but also for the whole of South Asia. Art is one way that we can share the untold stories of civil society, winning back the hearts and minds of members, and sending a clear message that activism in South Asia is vigorous and flourishing, and change is possible.